The capital city of Gujarat was never on my list of must see places in India. I had been to Ahmedabad once many years ago and had not found it interesting enough to warrant a second visit. But then I never knew of its ‘pols’ (which are small neighbourhoods with all the inhabitants belonging to a certain community) nor did I know that there is a heritage walk which goes on a guided tour of these pols. On my recent visit, I discovered the heritage walk while idly browsing through TripAdvisor. Reading the rave reviews, I decided to check out what all the fuss was about.

Organised by the Ahmedabad Municipal Corporation and an NGO CRUTA which works towards preserving heritage structures, this is a great way to see a different side of Ahmedabad. The walk begins at the Swaminarayan Mandir at Kalupur at sharp 8 am and after a brief A -V presentation , we set off to explore the old town. The 2 hour tour takes one through various pols, passing ornate facades, centuries old temples and finally ends at the glorious Jama Masjid. Guides are volunteers who are passionate about conserving heritage structures and they are generally very informative and friendly.

One of the first sights that greeted us was a group of men making manjha – a special  string coated with glass powder used for flying kites. Kite flying is a major sport during Sankranti, the harvest festival in the month of January, in Ahmedabad and preparations were already underway when we visited in November.

Stops along the way

Our first stop was Kavi Dalpatram chowk – he was a famous poet who lived in one of the pols here. Each pol is essentially a gated community, with small twisting lanes, chabutras, temples and a chowk. Walking through these pols, one can see some beautiful house facades, some of which are crumbling. The guide told us that they provide financial as well as logistic support to the owners to repair these beautiful heritage buildings. 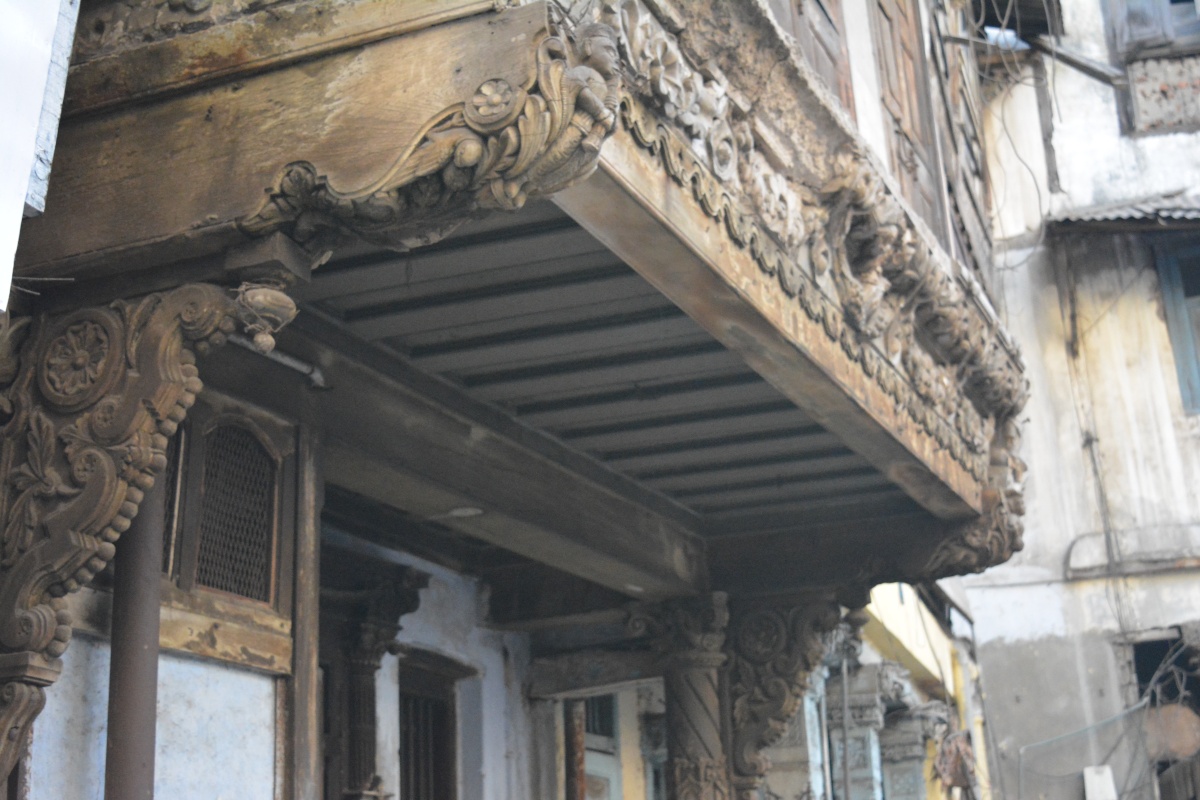 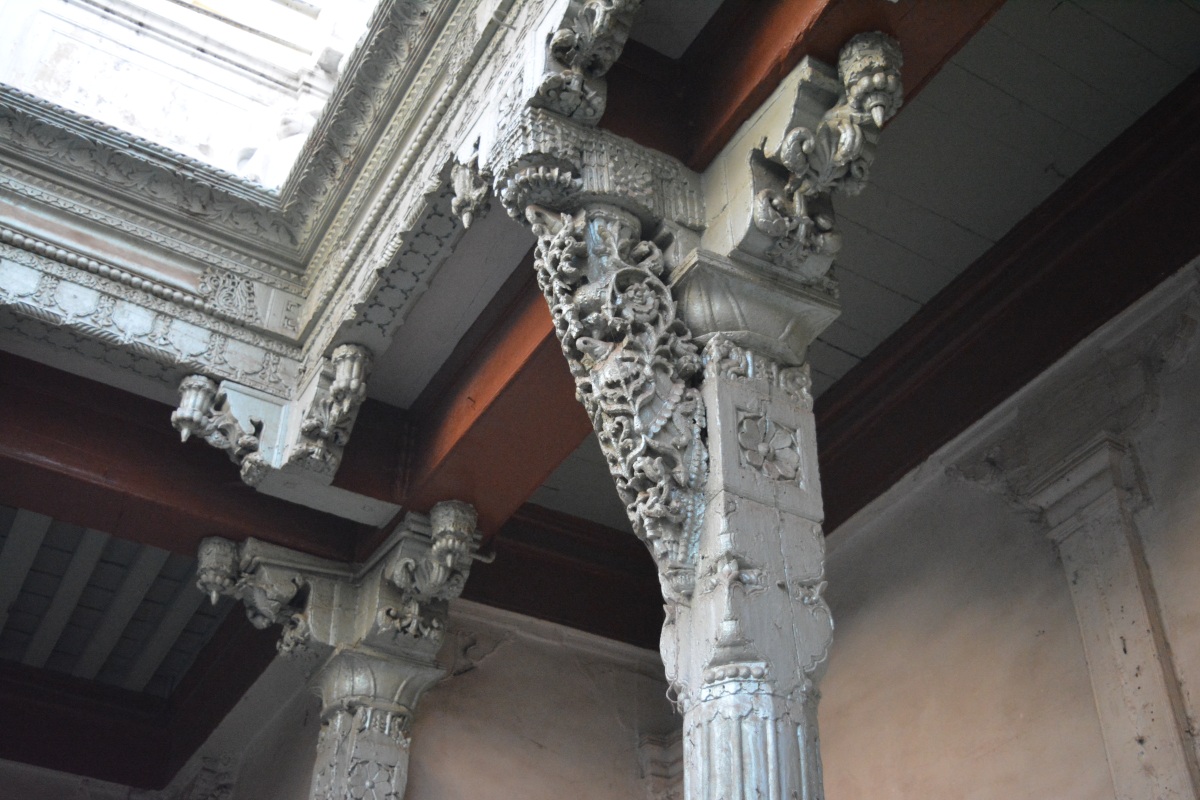 I also saw a ‘çhabootra’ for the first time. Basically a bird feeding tower, every pol seems to have at least one.

Also interesting is the iron pole with an arrow on top. Installed by the British to show the direction of the underground sewer!

A 400 year old underground Jain temple is a compelling stop on the tour. Apparently, the temple was built underground to protect it from Muslim invaders!

We literally walked through the backyards of so many homes, encroaching on their privacy but the locals seemed very friendly and some even offered our guide a cup of water. They are don’t seem to mind the crowds of visitors at all.

The Jama masjid was our last stop and it was a fitting end to a fascinating tour. Built by Sultan Ahmed Shah in 1424, the mosque is magnificent. The prayer hall is roofed by 15 domes supported by some 300 stone pillars. Some of the carvings seem to be inspired from Hindu art of the time.

The heritage walk is a great way to see old Ahmedabad and learn about its rich history . It was hard to believe that just a few kms away , modern buildings and malls defined the city of today. Here , in the narrow winding lanes of the pols, time seems to have come to a standstill.

The tour starts daily at 8 am from the Swaminarayan Mandir at Kalupur.

Ticket price is Rs 100 per person.

It lasts around 2 hours and ends at the Jama Masjid.

This site uses Akismet to reduce spam. Learn how your comment data is processed.